A white dress for wealth

A bridal gown is traditionally a white wedding dress, though this tradition is not one rooted in ancient history. Neither does a white dress symbolise virginity and purity as so many assume. Instead, a white dress shows of the woman’s wealth because during the 18th and 19th centuries, washing was done by hand with a washboard, so a white dress was almost impossible to get thoroughly clean. This meant that the dress would probably only be worn as a best dress once. Therefore, a white bridal gown was worn by wealthy women who could afford to get married in white.

In the United Kingdom the white or ivory wedding dress was made extremely popular in 1840 when Queen Victoria married Prince Albert. That popularity has not waned and today it continues to offer romance and hope for all those getting married, irrespective of whether they have been married before, have been living with the partner or have children. A white wedding dress marks a new phase in their relationship.

During the second World War, Britain was living on rations, which included material. Brides sometimes tried to make a dress from parachute silk, curtain or lightweight upholstery fabric. Others married in their service uniform or borrowed a dress. Women not in the services also tended to wear a suit, or as they were called at the time a “costume”, with a floral corsage pinned to the lapel.

After the war, dresses with a length that ended mid-calf became popular for those women who were happy to try something different to the traditional floor-length gown. After rationing ended, there were some spectacular one-off bridal gowns that could not have been altered to suit another occasion. This was a period when the designer Norman Hartnell was popular, he was responsible for a showy wedding dress for Margaret Whigham who married in 1933. In 1947 he designed and made the wedding dress for Princess Elizabeth, the future Queen Elizabeth II for her wedding to Philip Mountbatten, Duke of Edinburgh at Westminster Abbey.

Bridal gowns that are not white

So traditional is a white dress, that it is considered daring when a bride chooses to tie the knot wearing another colour, yet designers such as Vivienne Westwood and John Galliano have designed wedding dresses in colour for celebrities. More recently, Oscar de la Renta and Vera Wang both launched non-white wedding-dress collections, which was seen as a radical. Yet getting married in a dress in a colour that is not white, is neither new nor irreverent in Britain or in the wider Western culture. Over the centuries, brides often married in different colours. Women would get married in their best outfit and if they could afford a new dress, this was usually in their favourite colour and she would continue to wear the dress long after the marriage contract was signed. This dress would then be altered over time to suit the latest fashions or to fit their changing figure.

The bridal dress has remained white over time in the majority of cases, but has evolved through various reinventions. The most memorable wedding outfits are those that define an era of fashion. British singer Lulu wore a white hooded, fur-trimmed maxi coat over a mini dress and high boots for her 1960s wedding. The 1970s saw women wear an empire-line dress that was both demure and flirty, with velvet a popular fabric.

When Diana, Princess of Wales married in the 1980s, the extravagant skirt and huge sleeves on her dress made it the bridal style icon of the decade. After the restrained outlines of the previous decade, every bride now wanted to be like Diana with a fairytale crinoline and tiara.

Yet there are bridal gowns that are timeless. Princess Elizabeth’s wedding dress has a design that is similar to the dress worn by Grace Kelly in 1956 and the wedding dress that Sarah Burton at Alexander McQueen designed for Catherine Middleton’s big day is also similar in the pleats and silhouette of the skirt.

The future of the bridal gown

The ultra-feminine, romantic bridal gown has a traditional timeless quality that defies trends, meaning it will endure for future generations. With civil wedding laws relaxed in the 1990s, allowing marriages to be conducted almost anywhere, this has allowed women to fulfil their fantasy to wear themed and imaginative costumes. Cross-cultural weddings and same-sex weddings are also establishing new traditions, giving the modern bride an even more diverse choice. 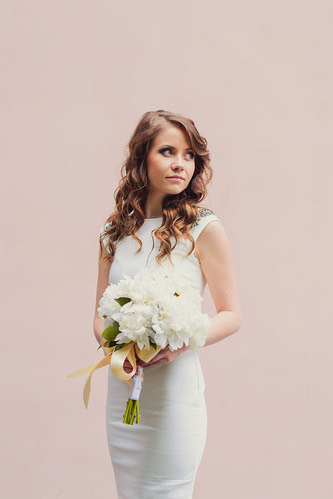